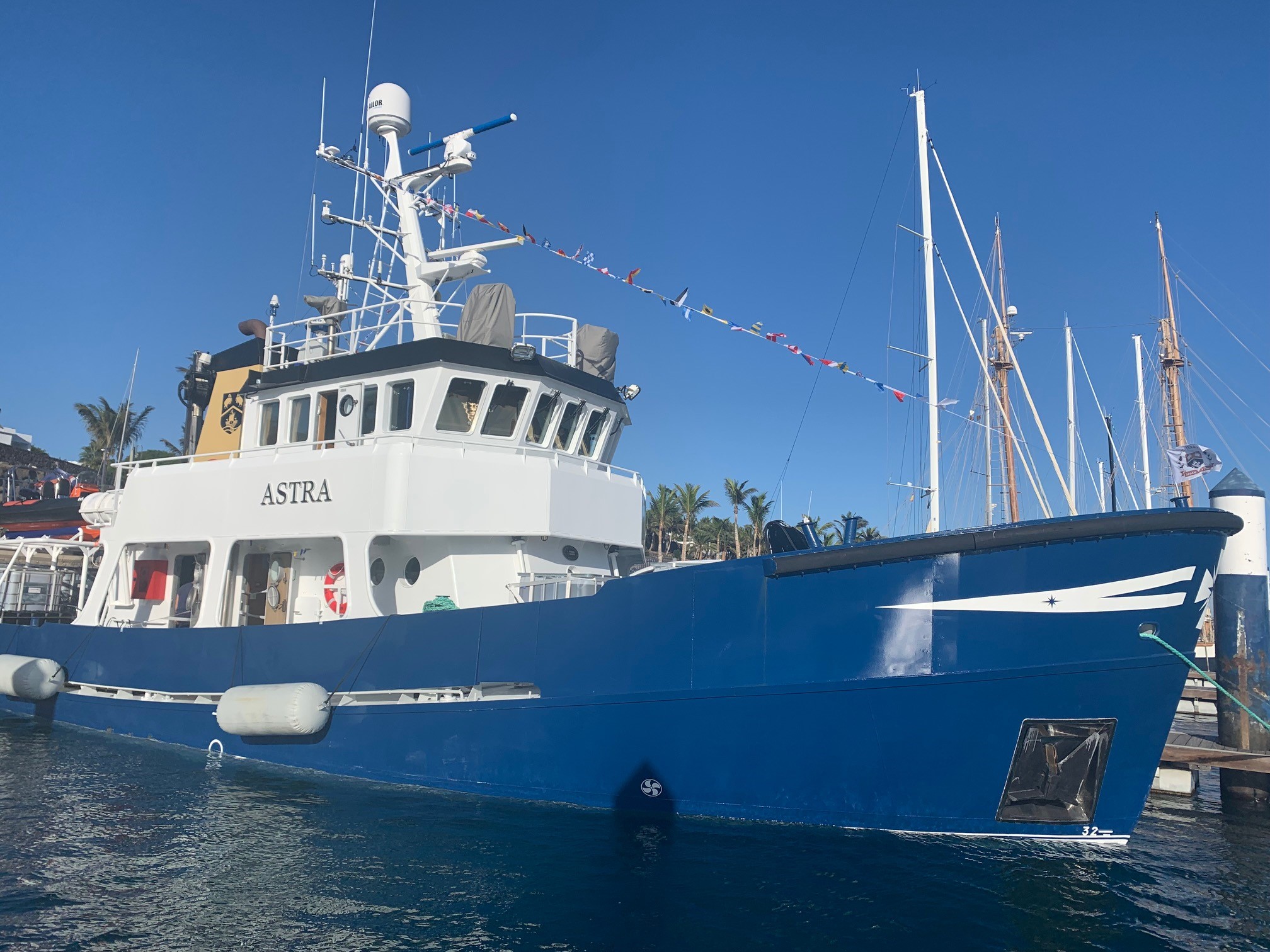 The crew of MV Astra are celebrating reaching the halfway point in their expedition attempt to set a new world first.

The crew of four and their Captain Iain Macneil, CEO of Witherbys, are attempting to be the first sub 24 metre motor-powered vessel to circumnavigate the globe, via the Southern Capes. The expedition started in Lanzarote in December 2021 and will finish 5 months later following a minimum 25,000 nautical mile voyage, crossing the equator twice and navigating some of the globe’s most treacherous and remote areas.

The team have encountered various challenges during the trip, including a major route change. Reacting to weather and current changes en-route to St Helena, the Captain reworked the whole route to reverse direction and head west.

The most celebrated milestone of the first half of the expedition was when the crew successfully navigated around Cape Horn - a particularly challenging route due to its extreme southern latitude that makes it prone to gale force winds and choppy waters. The Horn marked an important milestone for the team, as the passage is one of the most hazardous shipping routes in the world and, for seafarers, it is regarded as the equivalent of climbing Mount Everest.

“On sailing from Valparaiso, we had Robinson Crusoe Island 150 miles on our port side and between Alexander Selkirk Island and Easter Island we are 800 miles from civilisation! To put this in context, the International Space Station, orbiting 220 miles above the earth is our closest contact to humanity for over 3,000 miles of our crossing of the Pacific, until we reach the British island cluster of: Pitcairn, Henderson, Ducie and Oero!”

“Although we have faced some obstacles throughout the journey, we have been trying to celebrate whenever we get the chance and managed to have a somewhat normal Christmas and New Year, with minimal decorations, Christmas films and a turkey dinner with all the trimmings. At sea, it's important to ensure that, as best as you can, every occasion is acknowledged, otherwise there is a danger of the days all blending in to one.”

The second half of the expedition will see Astra complete its crossing of the Pacific to New Zealand. Iain continued:

“Crossing the Pacific in a 24 metre boat is challenging, but the 9,000 miles in training and preparation in the 5months before we departed has helped to meet the goal of refining and optimising settings for this extra-long passage.”

This unique and challenging expedition follows years of ambition and two years of preparation and sea trials, showcasing what can be achieved by selecting the correct vessel, using the latest technology, equipment and skills of the crew.

Witherbys is one of Scotland’s largest and most successful publishing companies, exporting a portfolio of specialist titles in the shipping sector to more than 110 countries.